Stryker: The Kindred Series – Get Books Daily Skip to the content 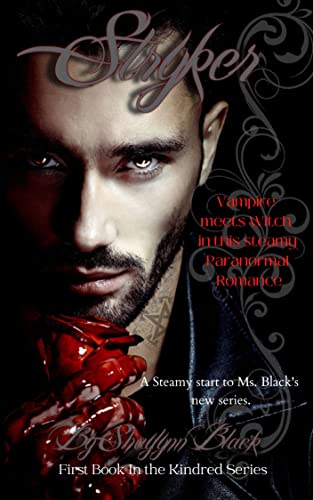 Stryker. The King that refused to be King. For two-thousand years he has refused to ascend to the throne, fighting for a better future for not only his faction but for the rest of the Kindred as well, while trying to create an entirely new system for their world. One where even a King has to answer for his indiscretions.Luna. Owner of the Sanctuary, a nightclub that caters to all of the Kindred as well as humans, and a witch that everyone seems to want to get their hands on.Stryker has lived his life fighting to change their entire ruling system, knowing that change was inevitable, and waiting for the moment that there would be no other way to save them from what was coming.Human technology had advanced a lot since the turn of the century and it is only a matter of time before their world becomes exposed. It would be better if they were ahead of the game and prepared, but it seemed that the other factions were much happier with their heads stuck in the proverbial sand.Luna, nightclub owner, and well-known party witch, finds herself thrown into the middle of a centuries-long war between the Vampires and the Wolves when she is kidnapped by the Alpha and told that her only escape was to return his mate that died nearly two-thousand years ago.With no other options left the either of them, they do the only things that they can do, and embrace the power that they should have embraced long ago.Aleksander will stop at nothing to acquire the return of his mate the vampire King had killed long ago. Only her return would be able to save Stryker from suffering the same fate as he had. Either his mate would be returned, or, he would return Luna in the same state that his mate was. Dead.