Finding Eden – Get Books Daily Skip to the content 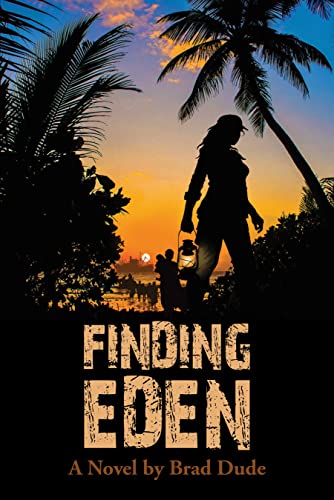 The MV Militobi, a German rescue ship, teeming with 600 Arab, African, and South Asian migrants, patrols the Mediterranean Sea and learns that all European ports refuse entry to asylum-seekers. Captain Anna Kruger has a decision to make: return immediately to the nearest port to place passengers in a detention camp for deportation or head to an uncharted island she found on an old map as a temporary solution.

Santa Inez Island is a paradise with plenty of food, water, and shelter and is already the home of hundreds of migrants. Modern-day pirates, led by Commandant Rafael Delgado, kidnap Captain Kruger and thirty female passengers as soon as they set foot on the island. The remaining ship’s crew is given one month to bring back a million Euro ransom or the hostages will be put to death!

Under the cover of darkness, First Officer Jorge Estrada, leads the crew back to mount a rescue. Unarmed and undermanned, he must persuade all three villages, segregated by Delgado’s men on the island, to join him or the rescue will fail. His challenge? All three groups believe the pirates protect them from the violence of the other villages.

Throughout this novel, Captain Kruger, Commandant Delgado, Jorge Estrada, and a cast of memorable, migrant characters inhabit a magnificent island that brims with life. Fast-paced and entertaining, Finding Eden and its complementary additions (audio clips and deleted chapters) make for an elegantly constructed and timely story of the monumental challenges facing asylum-seekers today and the people who give their lives to help them.